An international team of researchers led by LMU paleontologist Bettina Reichenbacher has managed to classify fossils of one of the most species-rich fish groups into a family tree for the first time.

Gobies are one of the most species-rich groups of ocean and freshwater fish. Found throughout the world in around 2,300 species divided between eight families, the Gobioidei suborder is highly diverse. Understanding how, why, and when this diversity came about is very complicated. 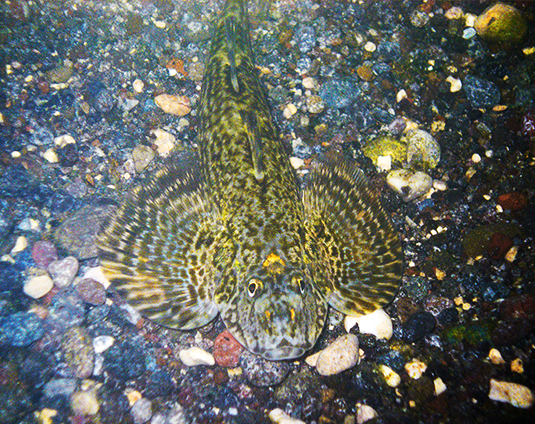 Ancestral but specialized: Rhyacichthys guilberti Dingerkus & Séret 1992 from Solomon. Its body shape is an adaptation to strong water flow conditions.

In helping to answer these questions, goby fossils can make a definite contribution. After all, they are direct evidence of goby diversity many millions of years ago. First, however, scientists had to find out whether the fossil gobies belong to one of today’s families – and if so, which one. And this problem could not be solved – at least sufficiently – before now, as the individual goby families have acquired only few new traits, so-called apomorphies, in the course of their evolution. And few of these important traits generally survive in fossil gobies. For this reason, most fossil gobies could not be assigned to a family before now, or only with a high degree of uncertainty. 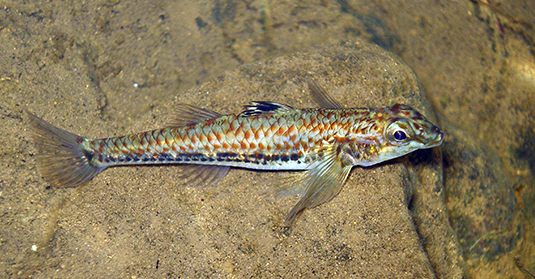 o solve this problem, an international team of researchers led by LMU paleontologist Bettina Reichenbacher took the existing molecular family tree of the gobies and for the first time supplemented the molecular data with morphological data.

Through this technique, the researchers were able to then “add” fossil goby species to the established family tree of today’s gobies. Or, to put it another way, the fossils were “placed” in the family tree of their current descendants. Some of the fossils ended up in a place in the family tree where previous studies had indicated they might belong; others ended up in entirely new, sometimes surprising family surroundings. “We see our approach as groundbreaking for all further phylogenetic investigations into fossil gobies,” says Reichenbacher. The researchers hope that this will yield a better understanding of the evolutionary history of these fascinating fish.